Agnes is a major character in Downfall 2016. She is present through the second half of the game and is controlled by the player for a short time. She becomes an ally to Joe Davis and helps him by offering cooperation, advice, and companionship.

Agnes opposes Joe's personality in many ways. She is very chipper, sociable and friendly, acting as moral and emotional support to Joe when he needs it. She is also sensitive to gory visuals and frequently covers her eyes to avoiding witnessing bloodshed. Agnes has a very sassy and sarcastic side which she uses to playfully undermine Joe when he's being difficult. Despite their differences, Agnes is very loyal to Joe and is able to look past his violent altercations with Sophie. She is shown to be fairly clumsy as she trips and falls frequently, face-planting every time.

Agnes is encountered as a corpse that is being operated on by Dr. Frank Zellman with the intention of bringing her back to life. He requests Joe's assistance in retrieving a brain from the hotel's cellar for Agnes to make use of. How she died is never revealed.

Upon being brought back to life, Agnes finds herself without clothes and covered in blood on an operating table. She requests Joe to bring her something to wear which turns out to be a wedding dress, much to Agnes' displeasure. After a short conversation about how she looks, Agnes joins Joe on his quest to save Ivy, mentioning that she was holding a message to give to Joe when she awoke. As the dress has no pockets, she kept the note tucked in her cleavage and made Joe look away while she retrieved it. Unfortunately, the two were interrupted by an axe-wielding murderer who ended up taking a swing at both characters, killing them.

Agnes later reawakens in a locked hotel room, unharmed, but alone. Someone begins knocking on the door to the room, eventually attempting to force it open and causing Agnes to become fearful for her safety. Using the bed's covers and blankets, Agnes creates a makeshift rope and ties it to a mounted moose head conveniently located near a window. As she escapes, the axe murderer breaks into the room but Agnes is already halfway through her descent into the hotel grounds only to clumsily lose her grip and fall the rest of the way down, though her fall is fortunately cushioned by the grass below. The hotel grounds are enclosed by a fence that would be difficult to climb wearing a dress but Agnes finds a car with the keys in the ignition that she apparently cannot drive. As a solution to her problem, Agnes finds and knocks over a statue, placing a heavy statue piece on the car's gas pedal after igniting it, causing it to drive in reverse through the fence and allowing Agnes to escape into the woods.

Agnes finds Ivy in a tiled building resembling a public washroom in the middle of the woods while still being followed by the axe man. As the only exit is sealed off after entering, Ivy informs Agnes that the only way out is through a painted door frame that is missing a handle. Using the hair of a discarded doll and some red paint from a smashed pumpkin, Agnes paints a handle onto the door, allowing her to push it open and enter the home of The Queen of Maggots.

In her home, she meets the queen who offers her dinner, although Agnes will decline this offer pointing out the the soup is made of blood. Although this upsets the queen, she states that she has no quarrel with Agnes and is simply allowed to pass through her home. After The Queen of Maggots leaves her spot at the dinner table, Agnes is able to take a fork to pry open a loose floorboard, revealing a crowbar that she can use to pry open a coffin two rooms over that Joe was trapped in, much to Agnes' surprise.

After leaving the queen's home and returning to Quiet Haven, Joe explains his quest to save Ivy to Agnes, informing her that four memories of an insane woman named Sophie need to be killed while also potentially bringing up other shocking information to Agnes who will continue to aid Joe regardless, albeit with more concern. Agnes is then reminded of the message for Joe just before they were interrupted which turns out to be an invitation to Sophie's 18th birthday party in Function Room A on the third floor. At this time, the player has the option to visit room 401 and collect cannabis from a jar to which Agnes begins commenting on how there is a lot of it and how it stinks, Joe giving nonchalant "yup" after each comment.

After helping Joe remove a piano wedged into the elevator shaft of the fourth floor, Agnes encounters her first Sophie memory in the function room in the third floor, remarking that she doesn't look as insane as Joe made her out to be. She also becomes acquainted with an intoxicated Harrison who develops a sexual interest in Agnes after Joe asks her to distract him. Using the acquired room key, the duo search Harrison's room and find a cryptic note with a hint telling Joe to tape a painting's eyes shut on the third floor which reveals a hidden room. Agnes covers her eyes in horror as Joe extracts an electric saw from Doctor Z's corpse in the secret room.

After Joe develops a plan to kill the fat Sophie in the bathroom, he and Agnes visit the basement to turn on the hotel's gas supply, however, the gas valve keeps being turned off by the corpse who's brain is being used by Agnes. Joe finds a replacement brain in the hotel kitchen's freezer with Agnes commenting that pig brains are very similar to humans. Once the new brain is placed inside the corpse's head, the gas valve is left undisturbed, allowing Joe to offer Harrison a cigarette. Agnes stops Harrison from lighting the cigarette, pointing out a nearby 'No Smoking' sign and commenting that the sprinklers would soak them. Joe suggests smoking in the bathroom, unbeknownst to Agnes that Harrison would die from igniting the gas-filled room and exploding his corpse in two, the top half of which was blown out into the hallway.

The explosion that kills Sophie and Harrison also blasts open a bathroom wall, revealing a secret room. While traversing the blood-covered room, Agnes keeps her eyes covered so she won't see the gore but consequently trips on Harrison's dismembered legs, adding to her disgust and Joe's amusement. Retrieving a severed human head and smoothie recipe, Agnes and Joe make their way to the kitchen where Joe begins preparing a toxic smoothie for the adult memory of Sophie. Agnes reveals that the fork she obtained in the house of The Queen of Maggots is still with her and uses it to help Joe deep fry belly fat. As the blender begins mashing up the human head, Agnes begins developing anxiety from the grinding noise of the head in the blender, walking out into the dining room to calm herself before apologising to Joe for panicking.

The two make their way up to the function room on the third floor only to find both Sophie and Harrison's corpse are missing. They continue to the second floor where Joe witnesses a hallucination of Ivy's death, but Agnes comforts him, commenting on how Joe really loves Ivy and suggesting that Ivy loves him, too, before engaging in a friendly fist-bump. The two reach Harrison's room and find Sophie conversing with Harrison's unresponsive corpse. Joe gives Sophie the smoothie, much to Sophie's initial delight, which causes her to vomit out her digestive tract. Agnes, horrified at the sight, questions the justice in killing Sophie but continues with Joe to save his wife.

The Manageress finds Agnes and Joe in the hallway, offering Joe a proposition in her office upstairs. Agnes tells Joe that she doesn't trust the manageress and states that she might not even be real. While talking to the Manageress, she tells Joe to follow a trail to her secret room, Agnes defiantly telling her that they weren't going to. Being the only feasible option left to find Ivy, Joe convinces Agnes that they will have to follow her. They become separated a second time when Agnes becomes distracted and investigates something she thought she saw which turns out to be nothing, causing a door to lock shut between herself and Joe. As she looks for a way out, sheets on the wall fall to the ground, revealing several mirrors that show Ivy as Agnes' reflection and finally encountering her axe killer from earlier who takes off his mask and reveals himself to be Joe Davis.

Agnes is not seen again until Joe finds Ivy's corpse and attempts to bring her back to life. She stands in the doorway to Doctor Z's lab, revealing to Joe that she finally understands who she is and what her purpose is, stating that she herself doesn't actually exist. This suggests that Agnes is likely a manifestation of Ivy's positive qualities created in Joe's deteriorating mind as evidenced by the fact the Agnes' attire is actually Ivy's wedding dress. Agnes proceeds to sit in the electric chair that is connected to the resuscitation machine Ivy is laid in, much to Joe's dread. She tells him that it's the only way to bring Ivy back to life and instructs Joe to be good to Ivy before having him turn the machine on and revealing one of the game's endings. 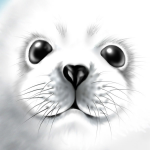 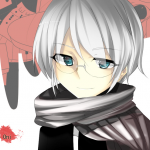